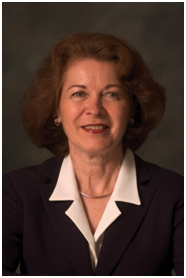 Bonnie Luna is a prolific volunteer fundraiser for numerous Eastern Shore community causes. She began and still chairs The Magi Fund, an all-volunteer charity that has raised over $1.5 million to help the poor and homeless on Delmarva. Its ongoing success has earned the Community Foundation of the Eastern Shore Henson Award for Nonprofit Excellence and the region’s oldest civic recognition, the Salisbury Award. Ms. Luna herself has received the Bray-Tubman Award for service to the Eastern Shore, the Maryland You are Beautiful Volunteer Award for Wicomico County, and the Wicomico County Commission for Women’s award for outstanding leadership. She was named a Distinguished Citizen by the Boy Scouts Tri-County Council.

Ms. Luna is frequently consulted by nonprofits for her fundraising and event organizing skills. A real estate agent by profession, and the first woman to own a construction company on the Eastern Shore, Ms. Luna is also active in public affairs. She has been elected twice to attend the Republican National Convention and has been her party’s nominee for the Maryland House of Delegates. She served four years on the Governor’s Appellate Judicial Nominating Commission and is currently on the Governor’s Judicial Nominating Commission for Somerset, Wicomico and Worcester Counties. She is a graduate of Shore Leadership and the Salisbury University Civic and Government Leadership Academy. She serves on (and has chaired) the Berlin Heritage Foundation Board of Directors and she co-chairs the annual Salisbury Area National Day of Prayer Breakfast.