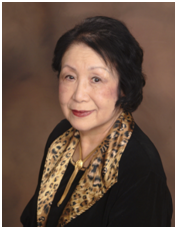 Gloria Chang is currently retired after a professional career working for the Food and Drug Administration (FDA) as a regulatory pharmacist and program analyst and at a major pharmaceutical company as an associate director of global regulatory affairs. While working at the FDA, Ms. Chang was a former vice president of the National Association of Professional Asian American Women (NAPAW), an organization helping Asian American women to obtain leadership roles in the public and private sector. She is a single parent who raised two sons, both of whom attended public schools in Maryland, and has 5 grandchildren. In 2014, Ms. Chang ran as a candidate for Maryland House of Delegates in District 39. She is an active member of two Republican women’s groups and member of the Maryland Federation of Republican Women. She has lived in Maryland for over 40 years and currently is a 20-year resident of Germantown, MD.