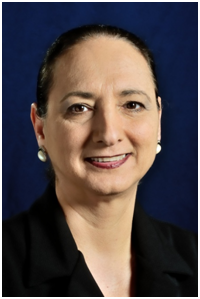 Carole Jaar Sepe is a 27-year resident of Frederick County, Maryland. She immigrated to the United States from Haiti in 1976 and is fluent in French, Spanish and Creole languages. As a small business owner and a construction consultant since 1987, she has over 30 years of experience in the construction industry and specializes in affordable housing.

Carole holds a Bachelor of Science and Master’s in Architecture with a concentration in Urban Planning from Catholic University. She was appointed to the Frederick County Planning Commission in 2015, was re-appointed in 2020 and is currently Chair of the Commission. She previously served on the Frederick County Board of Zoning Appeals (2010- 2013).

Over the years, Carole has served as a member of several other boards including the Frederick County Student Homeless Initiative Partnership (SHIP), the Frederick Professional Women’s Network (ProNet) and Coordinator of the Consultants Trainers Resource Network (CTRN) at Frederick Community College. She was also an Instructor of the Spanish Business program of Montgomery College between 1993 and 1995 and received a Governor’s Citation for founding the Latin American Business Development Association (LABDA) in 1995. Carole has been a member of the Building committee at Saint Joseph on Carrollton Manor Catholic Church for over 25 years.

Currently, Carole is Co-President of the Frederick County League of Women Voters and was appointed by the Governor to the Maryland State Commission for Women in 2015 and reappointed in 2019 and currently serves as its 2nd Vice-Chair.