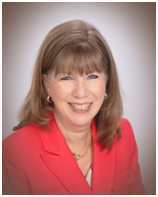 Judith Vaughan-Prather was appointed Executive Director of the Maryland Commission for Women (MCW) in July 2014. The MCW is a 25-member board providing advice on women’s issues to the Maryland Department of Human Resources, the Governor and the Maryland General Assembly. Prior to that, she served as Executive Director of the Montgomery County Commission for Women (CFW) for very nearly 35 years. The CFW is a 15-member advisory board providing counsel to the county, state and federal governments on the issues of concern to women. Under her leadership, the Montgomery County CFW conducted successful projects on Single Mothers and Poverty, Educational Equity, Immigrant Women, Sexual Harassment, Pay Equity, Family Equity in the Courts, the Status of Women in Montgomery County, Work and Family Issues, Women and Girls in Technology, and Relationship Violence, among others. The department won several awards from the National Association of Counties (NACo) for these projects. This work included organizing public events including the annual Women’s Legislative Briefing, a conference attended by over 600 individuals and sponsored by 80 community organizations. Under her leadership, the Commission also sponsored the 2010 conference for the National Association of Commissions for Women, including developing private donations and sponsorships to support the 3-day program, and coordinating briefings at the White House and on Capitol Hill.

Ms. Vaughan-Prather traveled to China in 2013 as a member of the Montgomery County Sister Cities Delegation to X’ian. That same year, she served as a Professional Fellow in Turkey in a program sponsored by the American Councils for International Education, and continues to supervise international interns through that program. She represented the Montgomery County Commission for Women in the 1985 – 1986 U.S. – U.S.S.R. Women’s Exchange sponsored by Bridges for Peace, traveling to Moscow and Kyrgyzstan. She was selected by the Daily Record as one of Maryland’s Top 100 Women in 2006 and in 2008, and was honored with the Dorothy Beatty Award for Outstanding Contributions to Women’s Rights from the Women’s Law Center of Maryland in 2005. She served on the Montgomery County Limited English Proficiency Leadership Team and the County Executive’s Senior Sub-cabinet on Vital Aging. She serves on the Board of Directors of the National Association of Commissions for Women, and the Montgomery College Alumni Association’s Board of Governors. On March 15, 2001 she was inducted into the Montgomery County Human Rights Hall of Fame, and on January 25, 2015, she was inducted into the Montgomery County Women’s History Archives.